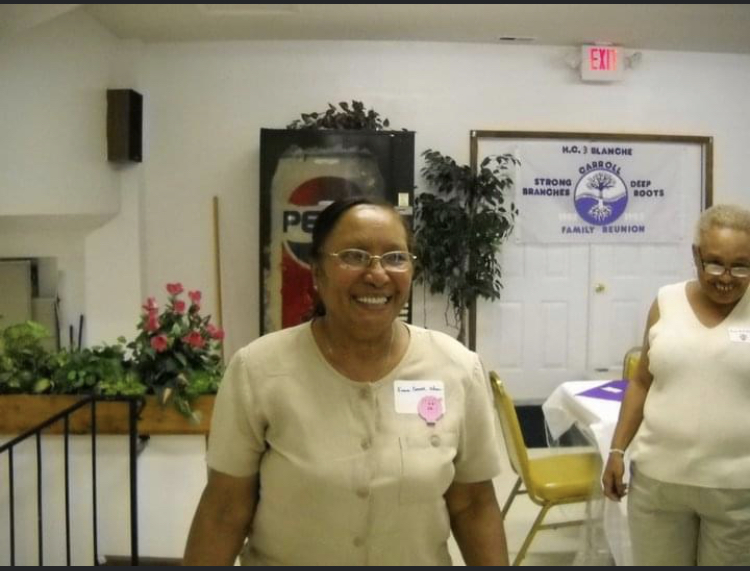 She was born to the Late Henry Clarence and Ida Blanche Geddie Carroll on October17, 1935. She was the youngest of ten children, eight that have preceded her in death. She has one surviving brother Leander Rudolph Carroll of Autryville, N.C.

Eunice joined Sandy Grove FWB Church in 1949 and remained a member until her demise. She was a graduate of Armstrong Senior High School and attended Fayetteville State University.

Eunice continued her work in the church with her two spiritually ordained husbands. Her first husband was Elder Muriel Colton Murphy whom she was married to from 1954-1981 and then her second husband was Bishop Edward F. Adams (1984-1989).

She had an interesting and diverse adult career cycle which involved her being a Fayetteville City bus driver, A book keeper, A N.C. Agriculture Extension Agent and she owned and operated a successful florist and upholstery shop with her family. She was also the Cape Fear Conference “A” Financial Secretary for 27 years, and a licensed Life & Health, Property & Casualty and Long-Term Care Insurance agent until her death. She also was a piano/keyboard musician for various churches for 50 years.

Services are as follows

Click to download / open
To order memorial trees or send flowers to the family in memory of Eunice Lonice Adams, please visit our flower store.