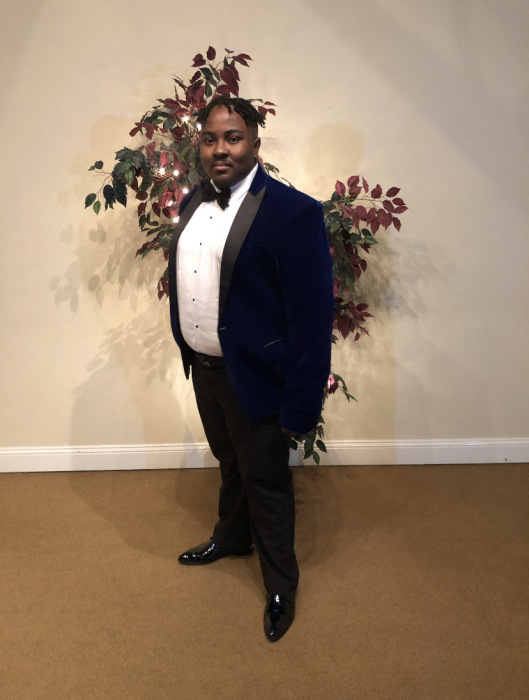 Tariq Rasul Smith, age 29, passed away on February 21, 2022 in his apartment in Greenville, North Carolina after battling a lifelong illness of sickle cell disease.Tariq was born on July 9, 1992 in Spanish Town, Jamaica. He graduated from Excelsior High School in Kingston, Jamaica. Shortly after graduating, Tariq moved to Cameron, North Carolina, USA to live with his aunt Sandra Myers and her two daughters Safiya Myers and Sha’Air Hawkins. Sandra was happy to take him under her wings, and Safiya and Sha’Air loved having Tariq in their home. It wasn’t long before Tariq started calling his aunt Sandra “mom” and his cousins Safiya and Sha’Air “sis.” Tariq was very happy living in the States and would frequently attend family reunions in New York and New Jersey. He even spent his 21st birthday with Safiya in New York City where they celebrated his joyous birthday.

While living in North Carolina, Tariq studied accounting at University of North Carolina Greensboro. He loved it there and was very involved including being a member of the Transfer and Adult Student Union (TASU). He continued his education at a local community college where he proudly earned his associate’s degree while also working full-time. Tariq’s most recent job was providing customer service within the healthcare industry.

Another one of Tariq’s proudest moments in his life was in January 2021 where he became a citizen of the United States of America.

Tariq’s hobbies and joys in life included writing fantasy stories loosely based on his real-life family, drawing, listening to pop and soca music, anime, Korean drama, playing Magic cards, his favorite color blue, and most importantly spending time with family. He was affectionately known as the “fun bartender” during family gatherings and would often be found playing dominoes with the older men in the family. He loved being in social settings, and he took much pride in being Jamaican.

One of the greatest marks Tariq left in this world is all the hearts he touched. He had a really big heart and always wanted to help others. He was just so happy to be in others’ company. Tariq’s forever loving and forgiving heart was enough to brighten anyone’s day. He was known to always look at the brighter side of things, and even when life got hard, he maintained a positive attitude. Although being in Tariq’s presence was a gift in and of itself, Tariq’s ability to keenly observe others made him a phenomenal gift giver. He was happy to sit back and watch people to truly understand them and then give them thoughtful and meaningful gifts that he knew would improve their lives. Tariq also had a very contagious hearty laugh that would lighten up any room. Even his aunt Sandra’s friends were drawn to him and knew him to be her sweet adoring son. People just loved being in his presence.

Tariq’s biggest dream in life was to return to Jamaica and help strengthen its economy, which is what drew him to study accounting. He was good with numbers and knew the impact that personal financial empowerment could have on the citizens of Jamaica.

Tariq is survived by his mother, Janice Lee-Mitchell, his father, Carlton Smith, his younger brother, Amir Andrew Woolery, his grandmother, Peggy Lee, his aunt, Sandra Myers, his two cousins, Safiya Myers and Sha’Air Hawkins, and several other family members who loved him deeply.

To order memorial trees or send flowers to the family in memory of Tariq Smith, please visit our flower store.