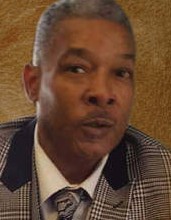 Mr. Reginald Raynor, 54 of Eastover, passed Thursday, January 19, 2017 at his residence in Eastover. Funeral services will be conducted on Saturday January 28 at 1pm at New Covenant United Church of God. Visitation will be at 12p.m.

Reginald aka “Ray” moved to the Bronx, New York, where he graduated from Columbus High School in June of 1981.  During his high school years, he played basketball and football, and later attended Oklahoma A&M on a football scholarship.

After college Ray later moved back to the Bronx, New York, and decided to move back to Cumberland County in North Carolina. He was employed at many places throughout Cumberland County, but he took great pride in owning the Raynor Cleaning Services.  His cleaning services were provided to a number of places we attend today such as, contracts with Fort Bragg, Buffalo Wild wings, Food Lion, and many more.

Reginald leaves behind a loving son, Reginald Raynor Jr., two brothers, Morroco Raynor,Marvin Gilmore, one sister Mashonda Gilmore, one nephew, Marcus Raynor and special friend, Nakeia Willis. He also leaves behind a special aunt and uncle, Gladys Gilmore and Herman Gilmore who he calls ‘Mom and Dad’, who helped raise him and his brother when they were younger and addition to caring for Reggie through his complicated health condition; special uncle, Robert McNatt; four uncles William Bill McNatt, Benny McNatt, Roy Lee McNatt, and four aunts Mary Iola McNatt, Christine Pounds, Geneva Williams and Catherine Raynor.; a host of cousins and friends whom he loved dearly.

Click to download / open
To order memorial trees or send flowers to the family in memory of Mr. Reginald Raynor, Sr., please visit our flower store.