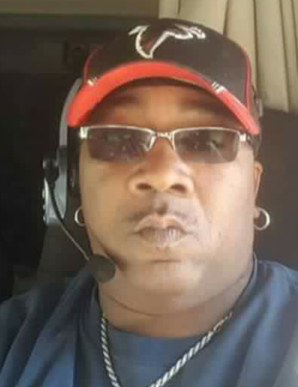 Mr. Jemal Faison, 48 of Hope Mills transitioned Monday, February 13, 2017 at his residence .​ Mr. Jemal  Martyn Faison, was born in Brooklyn, New York on March 23, 1969 and was the son of the late Martin Faison and May Francis Conner.  Mr. Faison was preceded in death by his parental grandparents John Henry Conner & Mattie Lue Conner and his stepfather.

Mr. Faison was a graduate of South View High School and was known for his amazing track record.  He was employed by the United States Post Office in Hope Mills and also worked for Builders First Source, MT Transportation, O’Reilly Auto Parts, MD Adair Trucking. He later became an owner operator for Phaze Enterprises LLC.  He was known for his famous saying “Don’t Get It Twisted”.

Click to download / open
To order memorial trees or send flowers to the family in memory of Jemal Faison, please visit our flower store.