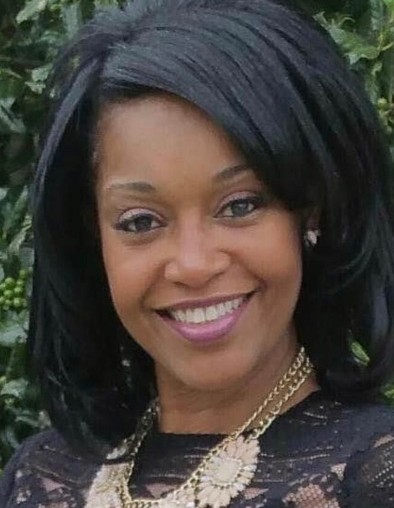 Christine Alease Harris, affectionately known as Chrissy, was born on the morning of December 25, 1962 in Norfolk, Virginia to parents Alice Faye Jefferson and Gerald Johnson, Sr. On the evening of September 22, 2020, God whispered her name and ushered her into His heavenly realm.

Christine was a 1981 class graduate of Green Run High School in Virginia Beach, Virginia; she then attended Norfolk State University in Norfolk, Virginia. While attending college, Christine met the love of her life, Staff Sergeant, United States Air force, William R. Harris in November 1984. Thereafter, Christine chose to leave college and decided to serve her country by joining the U.S. Air force in June 1985 and was stationed at Andrews Airforce Base in Maryland. On October 17, 1985, Christine was joined in holy matrimony to her lifelong sweetheart, William R. Harris, of 35 years. To this union was born two daughters Chanel Harris and Cierra Harris, both of whom she dearly loved and raised in admonition of the Lord.

The journey of the U.S. Air Force took the Harris family to live in Suitland, Maryland, Okinawa Japan, Brandon, Florida and lastly, Fayetteville, North Carolina. After honorably discharging from the military, Christine transitioned her career into civil service where she devoted 30 years of dedication and hard work. Throughout the years, she worked her way up to become an Information Specialist, Freedom of Information Act (FOIA) Privacy Officer, at the United States Army Forces Command (FORCOM) headquartered in Fort Bragg, North Carolina. Christine’s Husband and daughters remember her as a brilliant, kind, gentle, patient and driven woman who inspired them to excellence and encouraged them to pursue their goals.

Christine was also a faithful servant of Christ and her radiant smile is deeply missed. She worked diligently on several ministries at the Country Club Drive Church of Christ in Fayetteville, North Carolina for over 25 years, to include the Church of Christ Ladies Lectureship-Retreat as the Awards/Scholarship Coordinator. Christine was lovingly called "The Voice of the Retreat.” Although her beautiful voice and persona that captivated their audiences for years has been silenced, we will never forget the warmth of her smile and the uplifting feel of her words. Christine’s favorite bible scripture was Philippians 4:13, “I can do all things through Christ who strengthens me.”

Click to download / open
To order memorial trees or send flowers to the family in memory of Christine Harris, please visit our flower store.